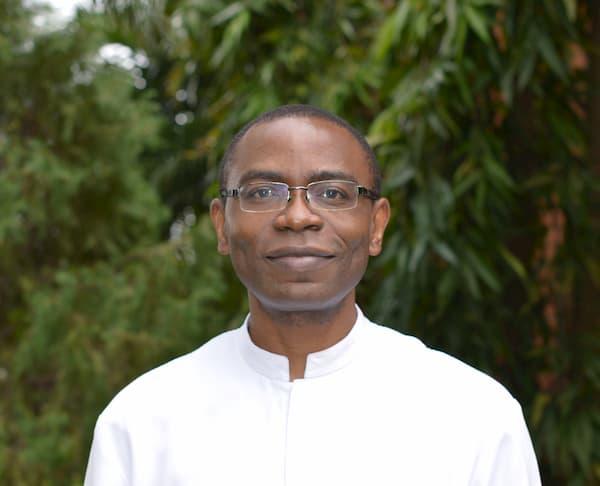 The Prelate of Opus Dei, Msgr. Fernando Ocáriz, has appointed Rev. Dr. Anthony Odoh as the regional vicar of the Prelature in Nigeria

He replaces Msgr. Ignatius G. Sotos (Madrid, 1947) who was in that position since 2002. Fr. Anthony, until his recent appointment was already assisting Msgr. Sotos in various duties.

Before being ordained a priest, Fr. Odoh practiced his medical profession in various places and settings, public and private. He was also involved in several social projects such as organizing medical outreach programmes to poor people in remote villages in different parts of Nigeria. He was also active in some prolife groups. At Enugu, he assisted in the running of a university residence for male undergraduates, called the Hillpoint Study Centre.

Following his theology studies in Spain, and later in Rome, Fr. Anthony was ordained a priest in 2011. He received his doctorate with a thesis in moral theology on the concept of human dignity in bioethics.

After Rome, he spent some time in Valencia (Spain) working as a new priest and upon his return to Lagos, he dedicated his efforts to the pastoral care of the youth, students, young and old, as well as families. In 2017 he was appointed a director at the regional headquarters of Opus Dei where he worked up until his present appointment.

Commenting on his new assignment Fr. Tony (as he is more commonly known) said, “I know I will not lack God’s grace in carrying out the new task that I have been entrusted with. Through the intercession of Our Lady whom we remember in a special way this month and that of St. Josemaría who had a great love for the African continent, I hope to do my best to collaborate with the task of the Church of helping people discover and love Christ. I intend to do this, very united to the Holy Father, the Prelate of Opus Dei and the hierarchy of the Church.

“We have just celebrated the 55th anniversary of the beginning of the apostolate of Opus Dei in Nigeria. A lot of work has been done in these decades but there are still so many people in Nigeria and the rest of Africa that are yet to learn of the possibility of becoming holy in and through their daily life and the work of each day. My hope is that all of us and those who take part in the activities offered by the Prelature will renew the sense of mission in carrying this message of the Gospel to all those around them”.

The outgoing regional vicar, Msgr. Ignatius Sotos expressed his thanks to God for all the years he has given him an opportunity to serve the Church in Nigeria -a country he loves dearly- in the Prelature of Opus Dei. He also manifested his joy of being able to continue his pastoral work in Lagos, where he will be able to help the first Nigerian regional vicar, Fr. Anthony Odoh. Msgr. Sotos requests everyone’s prayer for the new vicar.